Top 10 ICOs with The Biggest ROI 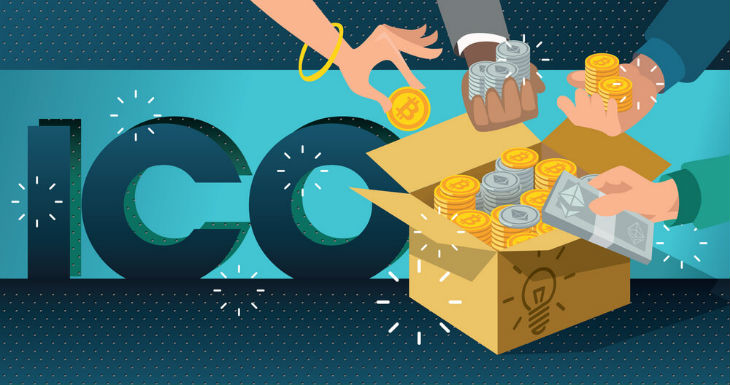 Initial Coin Offerings (ICOs) enjoyed an incredible level of success in 2017. The overall amount of funds raised through ICOS in 2017, according to reports, ranges from $4 billion to $5.6 billion.  This figure stood at ‘just’ $225 million at the end of 2016.

That said, the same reports have it that, less than a half of the total number of ICOs conducted in 2017 were successful, while just ten projects raised 25 percent of the overall amount. Those statistics are a strong indicator that investors need to be very careful when choosing to invest in any startup.

In this guide, we will expatiate on a list of top 10 ICOs. These ICOs are the most successful, and most popular ICOs to date.

However, we will be concentrating on projects with the most significant Returns On Investment (ROI), as this guide is created for investors, not startups. Simply put, ROI estimates the amount of return on an investment compared to the cost of said investment.

All you need to do, if you want to check the current ROI ratio of any given project, is compare the ICO fiat price of a token to its current value.

The ICO fiat price is generally estimated by dividing the total funds in USD raised during the campaign by the number of coins sold during it.

It is noteworthy to state that there can’t possibly be a conclusive list of top 10 ICOs of all time, as a potential return on investments wholly depends on the current value of the token of a project. Normally, there is quite a lot of change on the all-time top performers’ list. Nevertheless, here’s our list of best performing ICOs regarding returns on investment as of early March 2018:

NXT is one of the earliest Blockchain-related projects in the cryptocurrency market. An anonymous developer made the official announcement on the BitcoinTalk forum on Sep. 28, 2013. The developer stayed anonymous, claiming he is a veteran member of the forum using a new account.

NXT was described in this announcement as an offspring of Bitcoin, which was intended to enhance some features of Bitcoin, fix some of its problems, such as a bloated Blockchain, and change to a proof-of-stake mining protocol.

The crowdfunding campaign was conducted on the same forum. By the end of the campaign, the unidentified developer managed to garner about $16,800 worth of Bitcoin, giving one billion tokens. So, the value of the NXT token at the time of its ICO was only $0.0000168.

Currently, the token is trading for $0.213, making enormous profits for its early investors and making it the most valuable ICO token ever at today’s market estimates.

Now, NXT is a fully-operational high-level Blockchain platform. It presents its users with a modular toolset, which lets them build their own Blockchain-related apps. The platform also a messaging system, a marketplace, and its own asset exchange.

The project derived its name from a synecdoche based on the term “Internet of Things,” or IoT. The term is used to express an envisioned future in which various “things,” like cars, appliances, automatic service providers and so on will communicate with each other. For instance, a smart fridge capable of automatically re-ordering specific products and paying for it automatically. IOTA strives to provide a token for transactions like that.

Furthermore, IOTA is the only dominant cryptocurrency which doesn’t use a full Blockchain to execute transactions. Rather, it runs on a system referred to as The Tangle. The system demands that its users verify a transaction at the same time as it is being conducted.

This provides a solution to the scalability problem, which is one of the gravest difficulties for a lot of digital currency networks out there and allows for the execution of transactions without any charges.

All of these attributes make IOTA is a stand-out innovative project. Moreover, it strives to provide service to a remarkably new market, quite clearly looking ahead and preparing for the future. So, it’s easy to see the reason for the success of their ICO conducted at the end of 2015, with above $400,000 raised. All of one billion IOTA coins were auctioned for less than $0.001. Currently, it trades at about $1.8.

Also referred to as “China’s Ethereum,” Neo is a project that uses smart contract applications. It also adds identification, decentralized commerce, and digitized assets into the mix. The Chinese developers are designing a Blockchain that would embody legal proof-of-ownership and will not only be accepted by just the cryptocurrency community, but by the broader society.

At the time of their ICO campaign, every investor out there was doubting whether it will be worth investing in Neo. The project was supported by such big names as Alibaba and Microsoft. Candidly, their ICO conducted in October 2015 was pretty successful, they sold 17.5 million tokens garnering $556,500. In September 2016, a year later, Neo had second crowdfunding during which they sold 22.5 mln tokens and raised above $4.5 million. The initial ICO price of the Neo token was $0.032. Currently, the digital currency is selling at $120.38. The coin was at its peak on January 31st, 2018, trading at $162.11.

The name Ethereum is known to almost every single person who is even remotely interested in digital currencies. It is a public, open-source disseminated ledger platform, which lets its users build and run decentralized apps and also implement and use smart contracts.

Vitalik Buterin, the platform’s mastermind is probably the most famous person and sort of a poster-boy for the whole cryptocurrency community.

Furthermore, the platform, through their Enterprise Ethereum Alliance, works in partnership with hundreds of major customers, including world’s greatest corporations, towards the implementation of smart contracts and Blockchain technology into business globally.

Spectrecoin is one of many digital currency networks that put anonymity and privacy above all other things. To achieve this, Spectrecoin couples a Blockchain with a tokenized ring signature system.

A ring signature in cryptography is a type of digital signature which can be performed by any member of a group of users that each possess keys. It is difficult to trace which specific member of the group approved a transaction. Besides, any group of users can be used as such group without any extra setup.

In order to increase the network-level privacy, Spectrecoin, unlike most other digital currency networks uses the Tor network. All the nodes relate to each other exclusively via Tor, meaning that Spectrecoin transactions are untraceable, as they go through a series of “middlemen” before getting to their destination. The network even provides a way to disguise the fact that it utilizes Tor through a technology called OBFS4.

Stratis is a project that provides end-to-end solutions for development, testing, and implementation of Blockchain apps for businesses globally. The project’s motto is “We make Blockchain easy for you.” Undoubtedly, the startup built a platform that is fully compatible with C# as well as .NET. Having done that, they struck gold.

First of all, their project interests every major enterprise out there that utilizes Microsoft products. Secondly, Microsoft themselves included Stratis’ Blockchain-as-a-service (BaaS) to its Azure cloud service, which is intended to serve businesses wanting to build in-house Blockchain solutions.

Ark is all about collaboration and integration. The team’s principal goal is to build an entire ecosystem of connected Blockchains, basically bringing them together into one extensive “spiderweb of use-cases.” The project seeks to bring other digital currencies into its Blockchain. Interestingly enough, the project is purely collaborative and decentralized: it has 17 core members from 11 different nations.

Lisk is the first modular Blockchain-based platform in the world.

This means that it has a mainchain – a chain that currently hosts the LSK coin and is set to become a center for all sidechains after the full completion of the platform. Sidechains are pretty much like private Blockchains; they can be easily created and tailored using Lisk’s tools.

The platform will let developers build their applications, host them on their own customized sidechains and even conduct ICOs. Most importantly, Lisk’s apps are developed using Javascript, and thus, they are the natural first-choice for most developers.

Naturally, the team’s ICO was a huge success, as the project has many big-name players from Ethereum on board. The crowdfunding campaign held in February and March of 2016 brought the List team $5.7 million. The token was auctioned for $0.076, and it is traded at $20.24. It set an all-time on January 7th, 2018 when it hit $38.8.

One of the chief peculiarities of Ethereum is that it lets its users create and run Decentralized Autonomous Organizations (DAOs).

It is an entirely new way of organizing businesses, as there are no bosses or people managing the whole company. Rather, all the rulings are made through voting and proposals.

DigixDAO was one of the first main DAOs to be built on the Ethereum platform. Something exciting is that the project uses two different tokens: DGX and DGD. During the ICO, DGD tokens were sold to the investors.

DigixDAO intends to create a new and stable digital currency, supported by actual gold bars. This is where the DGX coins that stand for one gram of gold come into play. The gold bars’ existence is proven on the Ethereum Blockchain, as they have all gone through a Proof of Asset protocol. DGX tokens can be withdrawn into gold bars and claimed by every token holder. The participating custodian vault is in Singapore, and it can safely store up to 30 tons of gold.

QTUM, which is pronounced “quantum,” is a project that links Ethereum’s smart contracts with Bitcoin Core’s steady Blockchain, all the while using a proof-of-stake protocol for verification. The primary goal of the project is to increase the range of apps using smart contracts, particularly for business prospects.

Therefore, QTUM profits from the best of the new improvements from both Ethereum and Bitcoin communities. Additionally, QTUM is striving to introduce tools, templates, and many other smart contracts functionalities to make creating and executing smart contracts for businesses more accessible and more secure.

So far you’ve already read how to estimate the possible returns and legitimacy of an ICO and learned about some of the most successful ones. Therefore, make sure you do a due diligence before you invest in an ICO.