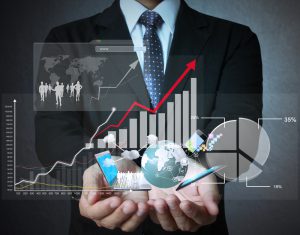 Using fundamental analysis, you would look at as many public data sources as possible, seeking to take a more informed view of the Bitcoin market than other traders. If there were a range of upcoming factors which you believed would push the price up, you would probably believe the price is currently undervalued and vice versa if the opposite was the case.

The most well-known example of an investor using fundamental analysis is Warren Buffett. Buffett, who looks at US stocks, seeks to see which stocks are highly undervalued based on their growth prospects (often a prediction made by looking at economic and demographic forecasts), assets and current price on the stock market. From there, he decides whether the stock is a good investment or not.

It functions in much the same way with Bitcoin and other digital currencies; fundamental analysts look at the social, financial and economic factors which will drive the price in the months ahead. Many of those who got in at the beginning, for example, might have looked at the potential of a digital currency in an ever more digital world and thought that it was a good long-term investment. How right they were!

Someone looking to conduct fundamental analysis before investing in Bitcoin would go about much the same process as Warren Buffett. The idea is to see which factors affect Bitcoin and interpret how much those factors will play into the market price. We’ve put together a list of factors which you can read about here, which are just some of those factors that you may want to look at.

Imagine a scenario that some big company in the sphere of software development announced that its profits have largely missed the estimates. What would you do if you were holding some shares of this company ?Well, if you were a real shareholder, the obvious reaction would be that you would immediately sell its shares. For a binary options trader, this would mean that company’s shares would decline in value and could be a good opportunity to open a put option on the shares of this company. Conversely, if the company announced that its profits soared much above than was initially anticipated, it could be a signal to open a call option on the shares of the company.

The market has a tendency to react based on how people feel. These feelings can be based on their reaction to economic reports, based on their assessment of current market conditions. And you guessed it – there are tons of people, all with different feelings and ideas.

However, you may maximize the  accuracy of your  predictions by  understanding the reactions which certain events cause.  For example, a report on the number of  tourists visiting New Zealand  for a given time period will have much smaller reaction than the Interest Rate Decision from the European Central bank of the Bank of England.  That is why it is very important to be good at distinguishing events one from another.

High impact events constitute the bulk of fundamental analysis, as it is these events that we concentrate most of the attention. These events  are watched by traders ,speculators and whatever other parties around the world, and cause one of the biggest movements the  market ever registered. Given that many  people watch, and more importantly, have their own understanding of the events, the volatility can be extremely high when the events are released.

Trading such events can be extremely profitable if you interpret the event correctly. Non-Farm Employment Change ( Non-Farm payroll )  issued by the US labor department is the example of such event. Currency pairs have moved by as much as 100 pips after this report, while Gold was seen declining from $1700 to $1650. Each week has  many  HIGH-IMPACT events scheduled for release which traders can take advantage of on condiiton of applying appropriate strategy.

Medium-impact events are encountered much more frequently than the high-impact ones however fail to produce the required level of volatility to make the markets move. Such events are usually market with orange or yellow color on the calendar and as a result lack to attract much of the attention. However, in some situations they can be profitable given that even a 10-th of a pip may matter a lot when it comes to trading. These events produce movements when the actual data provided by the event is well-above or well-below the forecast, which may catch markets by surprise and trigger activity in one direction or another.

Low-impact events produce no movements in the majority of occasion. New Zealand Visitor Arrivals is one of such events, and even though economists claim that tourists industry is important part of the country’s Gross Domestic Product, trying to trade on something like this may have a dire consequences for the trader’s funds. 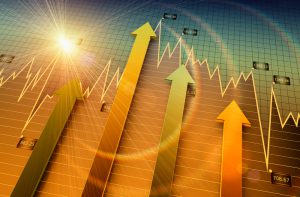 There are various types of fundamental analysis that we can apply when analyzing the market. Economic events that we have discussed previously can help shape the short-term outlook and make  the markets move from short  to medium-term. Of course, some of the events can change the environment surrounding the specific asset and even create certain type of sentiment. However, only  by combining economic events together and by analyzing the overall environment accompanying the event can we  give a long-term prediction. Let’s review a small example below

An example of the long-term market mover was the financial collapse of 2008.  It was considered the biggest crisis since the great depression and resulted in the total collapse of big financial institutions, bailouts of banks by the government at the expense of taxpayers and stock market crash. It resulted in the severe downturn of the housing market, slowdown of economic activity and prolonged downtrend of many stock market indices. Above that, it was the primary result of prolonged unemployment, reduction in the housing prices and resultant evictions, foreclosures and so on and so forth.

We have learned about fundamental events, both short term and long-term. But there is one more thing that the above-mentioned things create –  the trader sentiment.

The trader sentiment is  the general attitude  of  investors towards a particular  financial instrument or a particularly larger market in a broader sense of the word. Markets sentiment is the feeling of a tone of the market,  to say simple the crowd psychology as revealed through the activity of the assets  trader on the market. Rising prices  in the long-term indicate the BULLISH market sentiment while falling prices indicate a BEARISH market sentiment.

The sentiment is  based both on fundamental and technical conditions of the market,  and in general identifies the  EXPECTATIONS which traders have toward specific asset in the LONG-TERM.

Apart from traditional markets, several other factors are guiding the price of Bitcoin and cryptocurrencies. As a relatively new (10 years old in 2018!) digital currency, we’re still discovering what affects the price – and to what extent – but there are certain variables which we can be sure have an affect on the value of the world’s number one cryptocurrency: 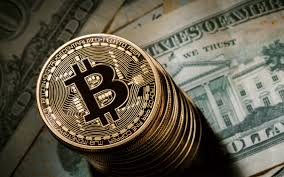 Regulation: Every time there’s word of a crackdown on Bitcoin or the Federal Reserve makes positive noises, the market shifts up or down accordingly. An example is provided by South Korea saying that it intends to ban Bitcoin. Even before the ban became official, Koreans began pouring out of the currency, pushing the value of Bitcoin down by about $2,000.

Users: The more users Bitcoin has, the more of a currency it becomes, the more likely it stands a chance of still being around 10 years from now. Likewise, the more users it has, the more people are trading on the currency, pushing up its price and even, in most cases, making it a more viable prospect for online and bricks-and-mortar store owners to accept Bitcoin.

Media Coverage: There is little doubt that media has played a crucial role in spreading the word about Bitcoin. Just weeks after it was mentioned in the Financial Times over five years ago, the price of one Bitcoin jumped several hundred percent in just a few weeks. Likewise, the constant media noise around Bitcoin at the moment generates buzz and lends itself to new users joining. If the noise is positive, it may push the price up and vice versa if it’s negative.

Competitors: Although the mainstream might believe Bitcoin is the only digital currency out there, as our site shows, there are literally hundreds of cryptocurrencies, of which Bitcoin is just the most well-known. While this ecosystem of cryptocurrencies gives legitimacy to the foremost among them, it also creates competition: what if one of those currencies somehow offered something better than Bitcoin? Or was taken up by, say, an investment bank? Fundamental analysts would look at issues like this and use the information to trade on Bitcoin.