Common cryptocurrency scams and how to avoid them 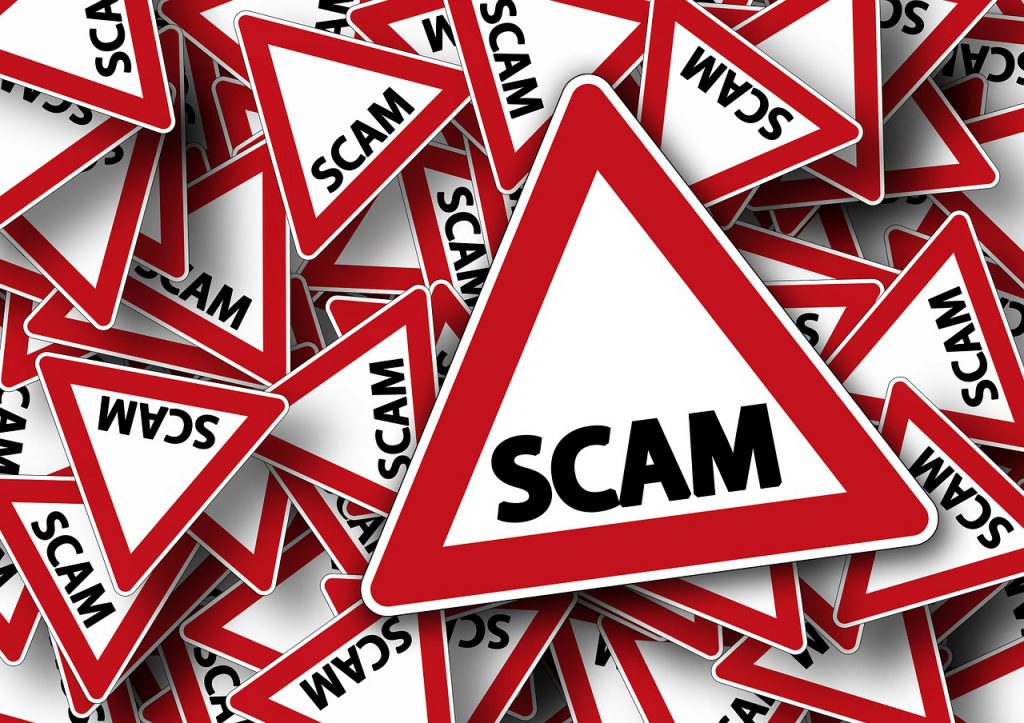 The easiest way to avoid cryptocurrency scams is just to stay at home and don’t play with your hard-earned money. But if you’re determined to invest in the risky but yet highly profitable world of cryptocurrency, there are some common scams you need to be aware of.

Here are five common cryptocurrency scams, and how to avoid falling victim.

The surging demand for Bitcoin and many altcoins has seen a massive rise in cryptocurrency exchange services globally. What all the exchanges out there want is your attention and the transaction fees that come with handling your trades.

However, there aren’t many entirely dependable cryptocurrency exchanges, as there have been cases of favorite exchanges completely vanishing overnight, taking all the digital assets with them. At times, you’ll come across extremely unhelpful customer service.

If you’re are a new entrant in the world of cryptocurrency, you probably have never heard of Mt. Gox. This company was an early cryptocurrency exchange that at a particular period accounted for more than 70 percent of all Bitcoin transactions in the world. Surprisingly, Mt.Gox suspended trading one morning in February 2014. News later got out that 850,000 Bitcoins worth $450 million at the time, over $3.5 billion as of this writing had been stolen over a period. Some 200,000 Bitcoins were recovered and returned to the exchange and some users.

The point is that trusting people in a completely digital world is very difficult, especially if you cannot check or confirm what is going on behind the scenes.

Based on users’ reviews, some relatively trusted cryptocurrency exchanges include; Coinbase, Kraken, Bittrex, and Binance.

As this is probably the most common cryptocurrency scam, here is a final tip to avoid getting dupped here; do not store your cryptocurrency on an exchange. Transfer those coins to a cold (offline) wallet at the end of the day — it only takes a short time to send them back to an exchange service for trading. If you’re going to get into cryptocurrency really, consider upgrading to a cryptocurrency hardware wallet.

A Mumbai-based company called OneCoin was delivering a sales pitch to a group of investors in the spring of 2017. Indian financial enforcement agents stormed the meeting, eventually jailing 18 OneCoin employees for running a cryptocurrency Ponzi scheme. At the time the arrest was made, OneCoin had already moved more than $350 million through a payment processor.

Investors had been duped via a perfect blend of enthusiastic upselling, lot of positive media coverage, and lack of knowledge of the technology in front of them.

Many people lost a substantial amount of money. And people generally like to think they are clever enough to spot a scam when it is in front of them. But cryptocurrency is creating an entirely different type of scam, using technical jargon most people have never heard of, let alone truly understand. Even understanding the basics of blockchain technology and smart contracts is challenging for the layman.

Many notable financial experts have also ruled out cryptocurrency as a scam. While some compare Bitcoin to other haven investments like gold, others consider it merely a gambler’s heaven, ripe for pumping and dumping.

At the time of writing, Bitcoin has a market capitalization of more than $70 billion. It would be tough to manipulate the price directly. But smaller altcoins are incredibly susceptible to a standard pump and dump.

In many ways, the numerous smaller altcoins have taken the position of penny stocks, albeit with a technological edge. Moreover, there are many groups dedicated to this specific practice. They hold a monthly vote to select an altcoin with small market capitalization and descend.

Initial Coin Offerings (ICOs) function as the IPOs of the cryptocurrency space. Cryptocurrency startups perform initial coin offerings to raise large amounts of money. However, many of these startups vastly overvalue their worths. Others are simply fancy pump and dump schemes.

When The Decentralized Autonomous Organization completed its 2016 ICO, amassing over $34 million, it was deemed a success. That was until some users utilized a vulnerability in the DAO code, and channeled over one-third of The DAO’s funds to a different account. To get these funds back to the original account, the whole Ethereum community had to agree to a hard fork, ripping the cryptocurrency in half.

DAO is now removed from the asset lists major exchanges and is seen as a significant factor in the close inspection of the SEC in cryptocurrency ICOs.

Excellent ICOs Are Out There

Filecoin recently raised over $200 million for its decentralized storage operation based on blockchain technology. Filecoin had some seriously powerful backers, too which include Winklevoss twins-owned Winklevoss Capital, Sequoia Capital, and Andreessen Horowitz.

There are also some very promising ICOs on the rise, but it is pretty difficult to know exactly what to trust without substantial research.

ICOs have also been in the spotlight after both China and South Korea banned them. The South Korean Financial Services Commission said that organizations and individuals doing business relating to an ICO would face severe penalties.

South Korea took this step after the Chinese government placed a ban on all ICOs, declaring them “illegal fundraising.” China is also bothered about the power cryptocurrency provides its citizens. Decentralized currency in the form of ICOs could readily “disrupt a country’s social order.” China has earlier banned Bitcoin and activity related to cryptocurrency, each time causing a depreciation in global markets. You can find more useful tips on how to spot a scam ICO by reading this article.

The City of London Police, in August 2017, closed down a “cryptocurrency business” that was cold-calling people to sell scam coin or fake cryptocurrency. Victims were cold-called and convinced to buy non-existent digital assets. Once the scam news seeped out, nine people who were dupped came forward to the U.K. firm, Action Fraud, with total losses more than £150,000.

The man who supposedly set up the scam used a central London address, in the financial center, to present the scam authenticity.

Cryptocurrency or not, real investors will not cold-call you to offer an opportunity. If you get a call asking for your investment in a project, note the company name, and address, the name of the caller, and put the phone down. Your next call should be to the SEC to report possible securities fraud.

The key to staying safe in the world of cryptocurrency is research. There are always unlucky people that take the plunge and will fall victim to scam. Things that look too good to be true reasonably are. Some digital assets day traders make enormous sums of money — but they know what they’re doing. And many of them have been buying, selling, and trading Bitcoin and other altcoins since the early days of cryptocurrency.

Bear in mind that you have to start small, and only invest the amount you can afford to lose.