10 things you need to know about Bitcoin 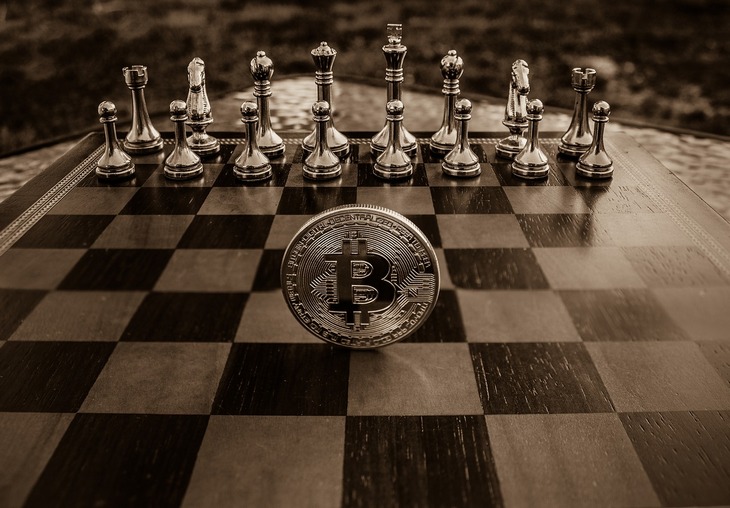 Bitcoin has enjoyed a substantial increase in price over the past few years, breaking the $18,000 mark in late 2017. A lot of people believe that digital currencies are the hottest investment opportunity currently available. Indeed, internet is replete with stories of people who became millionaires through their Bitcoin investments.

Everyone agrees that a speculative frenzy is fueling the soaring valuations of Bitcoin and other cryptocurrencies. There are reports of people emptying their bank accounts and putting all of their available funds into Bitcoin in the hopes of becoming a billionaire overnight.

It is worth noting, however, that cryptocurrencies are high-risk investments. Their market value has very high volatility like no other asset in the financial sector. Moreover, the cryptocurrency market is partially unregulated, there is always a risk of them getting banned in some countries, and any crypto-exchange platform can get hacked.

With that said, below are ten things you need to know about Bitcoin.

Head to a high volume cryptocurrency exchange like Coinbase or QuadrigaCX and create a free account. (U.S.-based Coinbase, the world’s biggest Bitcoin exchange regarding trading volume, is currently flooded with trade with as many as 100,000 people creating accounts daily.) An account will provide you with a relatively secure place to store your funds and tools for converting your fiat currency in and out of Bitcoin. After creating an account on any of the exchanges, connect your bank and Bitcoin accounts. This will require some verification steps. Once that’s completed you’re set to go. Most exchanges charge a fee of about one percent on every transaction. If you’re not comfortable connecting your bank and Bitcoin accounts, you can also make a purchase through credit/debit card or bank wire. Bitcoin ATMs, which are often located on university campuses, accept only cash. The benefit of ATMs is that compared to waiting three to five business days online, there’s no waiting for the transaction to be confirmed,

Bitcoins can be mined by digital means, just as gold can be mined out of the ground. When it comes to bitcoin, anybody can become a miner by running specialized computing devices that help process and verify transactions on the peer-to-peer network of Bitcoin. Miners can earn newly created bitcoins issued according to a fixed formula, or transaction fees paid by users. The rewards become lower the more the miners become. This is not an attractive option for speculative traders; leave this to the millennials still staying in their parent’s house. Meanwhile, as miners increase and whole server farms are setting up mining rigs, the power drain is resulting in energy blackouts, and total power consumption is surpassing that of over 100 countries.

There are lots of theories based on elaborate mathematical equations, but as with most things cryptocurrency, no one knows for sure. A common sense reason is that an irrational cap was set to draw individuals who don’t like currencies with unlimited supply. The deduction is that this can cause an inflationary spiral like the one in Zimbabwe or Germany. About 16 million bitcoins have been mined to date. But think of this: if Bitcoin triples in value from its current level and strikes a unit cost of 50,000 USD, with a 21-million-unit float, the total market capitalization would be 1 trillion USD.

That’s equivalent to the $1.2 trillion worth of fiat U.S. dollars in circulation all over the world from Venice Beach, California to markets in Africa and Kabul.

Nearly 100,000 vendors and merchants accept Bitcoin payments globally, and their numbers are increasing every day. Payments are made from a Bitcoin wallet, either on a smartphone, computer or hardware wallet device by entering the payment amount and recipient’s address. Many wallets can get a payment address by touching two phones together with NFC technology, or by scanning a QR code.

The short answer is yes, as there are people whose full-time job is to hack bitcoin account on exchange platforms. Every Bitcoin wallet is connected to a secret string of alpha-numeric characters known as a private key. If you store your bitcoin on an exchange platform, the exchange will keep this private key because it makes bitcoin transactions easier. However, there is nothing you can do if the exchange gets hacked or decides to shut down and take away your funds. Overall, if your bitcoin is stored in a wallet provided by an exchange, you do not actually own it because you do not have the private key to your wallet. The same thing goes for saving your funds in most other types of online bitcoin wallets. The only way to truly be the owner of your cryptocurrency is to store it on a hardware wallet, which is a secure, PIN-accessible USB device. A hardware wallet also protects you from hack attacks and cyber thefts. Popular hardware wallets are Trezor and Ledger Nano S.

Cryptocurrencies, especially bitcoin is best used as a little speculative asset in any investment portfolio. As a rule, Bitcoin value increases in step with economic volatility, so a small exposure will let you partake in its profits if financial markets start to fall. Chinese investors have purchased bitcoins as the yuan has plummeted in value and new rules have made it more challenging to move funds out of the country legally. However, there is no substituting gold as a tangible store of value that can be piled under your bed.

Bitcoin hit a significant milestone in December 2017 when CBOE Global Markets and CME Group, two of the world’s biggest futures exchanges, got regulatory approval to list the cryptocurrency. As a type of derivative, future contracts let two parties agree to transact on a specified day at a specified price. This enables speculators to make money by betting on Bitcoin’s fall. Experts say a futures listing has the potential to change cryptocurrencies into a genuine asset class, but it could also lead to even higher volatility.

A Ponzi scheme is a crooked investment plan that pays returns to its investors from funds given by new investors. Ponzi schemes are planned to fail at the expense of the last people to be enticed to the party. Bernie Madoff, a New York fraudster was the biggest Ponzi scheme mastermind, defrauding investors out of an evaluated 64.8 billion US dollars. No one can make such promises about bitcoin’s investment returns, as it is a free peer-to-peer software with no central authority. Bitcoin’s price can increase or fall dramatically depending on demand and supply, just like any other major currencies subject to floating exchange rates.

There isn’t much difference between Bitcoin and Ethereum. Ethereum is also a digital currency based on the blockchain technology, a public database that keeps a permanent ledger of transactions. Just like all other blockchain-based currencies, this database doesn’t need a central authority to secure and maintain it. Like Bitcoin it lets individuals make peer-to-peer transactions without needing to go through a third party. Ethereum is the second most valuable cryptocurrency, just behind bitcoin.

Bitcoin is a popular currency in the dark economy of tax evaders, drug merchants, smugglers, and hackers-for-hire, simply because it provides a high level of anonymity. For the average bitcoin user, the ethics of the digital currency boils down to capital profits. Yes, you should report these profits on your tax return, but sincerely speaking, the government might not have a way of ever finding out about them, unless the bank account you used to buy bitcoins gets reviewed. That’s because cryptocurrency exchanges are not currently obligated to report the activities of their users to any authority. Nor could they ever be likely forced to do so. Of course, as cryptocurrency moves into general markets such as futures exchanges, the government and banks will have full transparency into users’ activities. Overall, it is a pretty serious offense to hide bitcoin from taxes and not report income and investments on your tax returns.